Home
Events
2019
How to measure progress? Data and statistics for the SDGs

● Issue was ‘whose responsibility’ – through the evolution of the IAEG-SDGs, it was taken on by National Statistical Offices on a sub-regional basis

● Following an open consultation process indicators were identified for each of the 169 SDG targets. They were then classified as to the extent to which they could be measured – currently 101 are in Tier I (which means they can be measured universally); 84 in Tier II (which means that they have an internationally agreed methodology but are only being measured in some countries; and 41 in Tier III which means that there is currently no internationally agreed standards, but that they are being developed or tested. There are six targets for which there are multiple indicators. While this adds up to 232 indicators, in total 244 are identified as they are used under more than one target.

How is data and statistics used to provide evidence for policy-making and to accelerate SDG progress?

● And has an impact at the regional level, eg UNECE Monitoring Framework for the ICPD Programme of Action Beyond 2014

● Banks of indicators should be developed at regional and national levels

Where do we stand with regard to SDG data and statistics? What has been the progress since 2015? What are the persisting gaps and challenges?

● Already mentioned the UNECE Monitoring Framework for ICPD PoA Beyond 2014 – insofar as it includes, but goes beyond the Global Indicator Framework, it can be

used in identifying the gaps and challenges that exist in issues related to SRHR, population and development issues in the region

How can statistical and monitoring capacities be strengthened at the country level?

● We must recognise that measuring progress is everybody’s business, not just those individuals who are working away in the National Statistical Offices – I am a historian by training and if I can understand what this is all about, others can too

● We must not just focus on quantitative data, we must look at ways of developing qualitative data and other sources as well. CSOs can be involved too, as we often moving into ‘uncharted waters’ – The UN Under-Secretary General, a couple of weeks ago at the UN Statistical Commission, referred to:

● …universal access to official data, including capacity-building in some countries; use of non-official data to supplement official statistics; integration of big data; geospatial data and information for those countries without such capacities; and the integration of innovations over time. They encompass both traditional data sources, such as census, surveys and administrative data and emerging sources eg artificial intelligence, citizen-generated data, Big Data and geocoded data

● This demonstrates the challenges before us to ensure that progress in the implementation of the SDGs is properly measured, nut just by numbers and traditional means but encompassing all the sources that we have available up to 2030 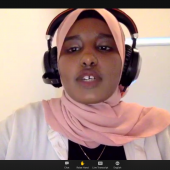 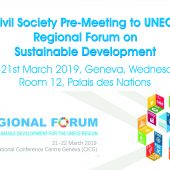