Just this month, the U.N. High Commissioner for Human Rights Michelle Bachelet highlighted the grave threat to human rights, equality and dignity, that is the increased disparities in income, wealth, access to resources and access to justice that we are seeing across the world.

Inequalities between and within countries is an important point of concern, as gaps continue to widen and deepen. In many countries, even when poverty rates are falling, and income levels are rising, inequality is widening- in work poverty is a major challenge for the region.

Wealth continues to grow in the hands of a few

We do not have to look far to see examples of this. On income inequality alone; whilst this varies amongst countries in Europe, in EU countries, the top 20% of the population with the highest income, received 5.2 times as much income as the bottom 20%. Income inequality within countries continues to be a big challenge for the region. Despite unprecedented growth, wages levels are falling. In 2017, wages reached its lowest growth rate globally since 2008, remaining far below the levels obtained before the global financial crisis.

We know that unequal societies are more violent, have less economic growth and potential, human rights violations increase, generate more anger and intolerance and start to fragment and start to not operate as a democracy, and result in more harm to the environment. Addressing inequalities. This is why addressing inequalities underpins this entire agenda. Yet there are success to follow under CEDAW, ICPD, ILO etc.

Real wage increases and social protection expansions can increase consumption and strengthen aggregate demand, boost productivity, contribute to the formalisation of work, and boost the economy…. most importantly it reduces inequality, upholds human rights, and creates a level playing field – without driving out investment. However, a focus on only job creation and reducing unemployment may lead to increased employment, but often that employment is unsustainable, temporary or precarious, which can exacerbate inequalities. Often the same departments and systems working to achieve greater income equality or reduce unemployment, also have policies in place that punish those who are in work in temporary or unsustainable work, in particular the most marginalized, further reducing their access to decent work.

A focus on job creation, income equality, and reducing unemployment without addressing address strengthening social protection mechanisms more broadly, will not achieve the goals we seek to achieve. Achieving income equality is a key aspect of reducing inequalities more broadly. However this cannot happen in a vacuum. As the goals of the sdgs are indivisible, as well, the conditions of our lives are not siloed;

Austerity policies have disproportionately impacted the most marginalized communities across the region. Ending austerity measures and policies that focus on reducing national deficit by cutting public services, should be a priority for the region if we are truly to address income and economic inequality, and all inequalities

Collective bargaining rights must moreover be ensured in order to achieve fair wages above the minimum wage level, and collective agreements with wide levels of coverage (e.g., sectoral) should be promoted.

As migration for employment is one of the major reasons of migration, its connections with labor rights should be examined and the migrant women workers should be given the same protections and rights given to all the workers within a country.

The inequality in the distribution of unpaid care work should be recognized, reduced and redistributed, through public investments in care services and the promotion of family friendly policies, including adequate and gender balanced paid parental leave

Tax avoidance by the private sector deprives the state, and its citizens, of the crucial financial resources that should be used towards reducing inequalities. Tax avoidance, especially in countries of production, further exacerbates inequalities, especially in low-income and newly developing countries. States must initiate progressive tax systems on wealth, increase financing for national gender machineries, curb Illicit financial flows, address tax evasions to protect states’ tax base and in turn increase domestic revenue that can be invested in social and gender responsive interventions.

Closing the gender pay gap is also a priority. Equal pay between women and men for work of equal value is a fundamental right. Yet despite decades of equal pay legislation women continue to earn over 20% less than men – an unacceptable figure in the 21st century – leading to wide gender gaps in pensions later on in life.

The transformation of deeply rooted systems, including economic and political systems, is required to leave no one behind as they are often based on unequal distributions of wealth and decision-making power. 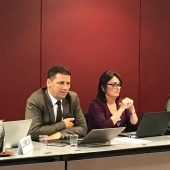 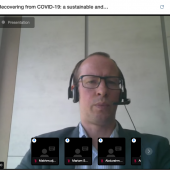