I’m Nick Meynen from Belgium and the European Environmental Bureau, the largest federation of environmental NGOs in Europe. I speak as a representative of civil society and our key message on SDG 8 is: dethrone King GDP and crown Queen WELL-BEING.

The problem we have is mass extinction & climate breakdown

20.000 scientists say that we’ll all be dead if we don’t dramatically reduce resource use. But both extraction and emissions are still rising! You cannot go for GDP growth and for maximum 1.5°C or 2°C warming at the same time. But you have all signed the Paris Agreement.

Decoupling GDP growth from these problems is an illusion

The decoupling myth is a dangerous distraction. In Europe, GDP growth goes hand in hand with a rising number of working poor, inequality, resource exhaustion, species extinction, debt and deaths from air pollution. Raise your finger if that is the legacy you want to leave behind

For real solutions you have to adopt positive postgrowth policies

Economic rules are not nature laws. Bhutan puts positive postgrowth policies into practice by going for happiness and well-being in harmony with nature. It is now a champion in reducing poverty and the first carbon neutral country. New Zealand now also has a well-being budget. Real paradigm shifts are not impossible, business as usual is.

Please conclude that the GDP growth target is a bad idea undermining all other goals. Please come with a realistic agenda, one that reverses mass extinction and climate breakdown and thus answers to the 1,5 million young people who were marching last week in the largest street action for the environment that the world has ever seen. Make a powerful DG or Ministry for Well-Being and Future Generations directly under the first vice president or prime minister, that abolishes the growth of GDP as a policy aim. Spur the growth of well-being for all within planetary limits. Stop hiding behind jobs as justification for

GDP growth. There are no jobs on a dead planet. People and planet are in need of healing. So instead of congratulating each other of the great achievements you’ve made, please stop hurting us all and start the healing. Thank you.

Another side of inclusive growth is the need for better redistribution mechanisms, to make sure that the wealth is shared by all and not by a handful few and to finally stop rising inequalities and ensure investments in common welfare. A living minimum wage is necessary as well as equitable wage ratios. Collective bargaining as a mechanism to achieve more equal share of profits and fair wages setting. Just fiscal policies are the key to build public investments for SDGs achievement.

The governments and intergovernmental institutions must address massive tax evasion and erosion, when MNEs and the rich paying private bankers and accountants to stash their cash in tax havens or to exploit their exterritoriality to dump local, SME businesses, while the poor bear the burden through flat direct taxation and and increased indirect taxes. This injustice is resulting in street riots and the erosion of democracies.

There is an urgent need for public investments in quality public services and infrastructure, including care economy, establishing social protection floors, implementing just transition and a Green New Deal, in dialog with all stakeholders, and achievement of fairness in income redistribution is the key that the growth is inclusive and sustainable. 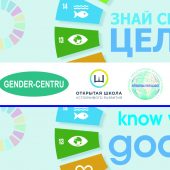 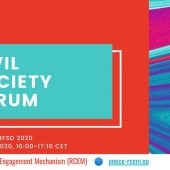